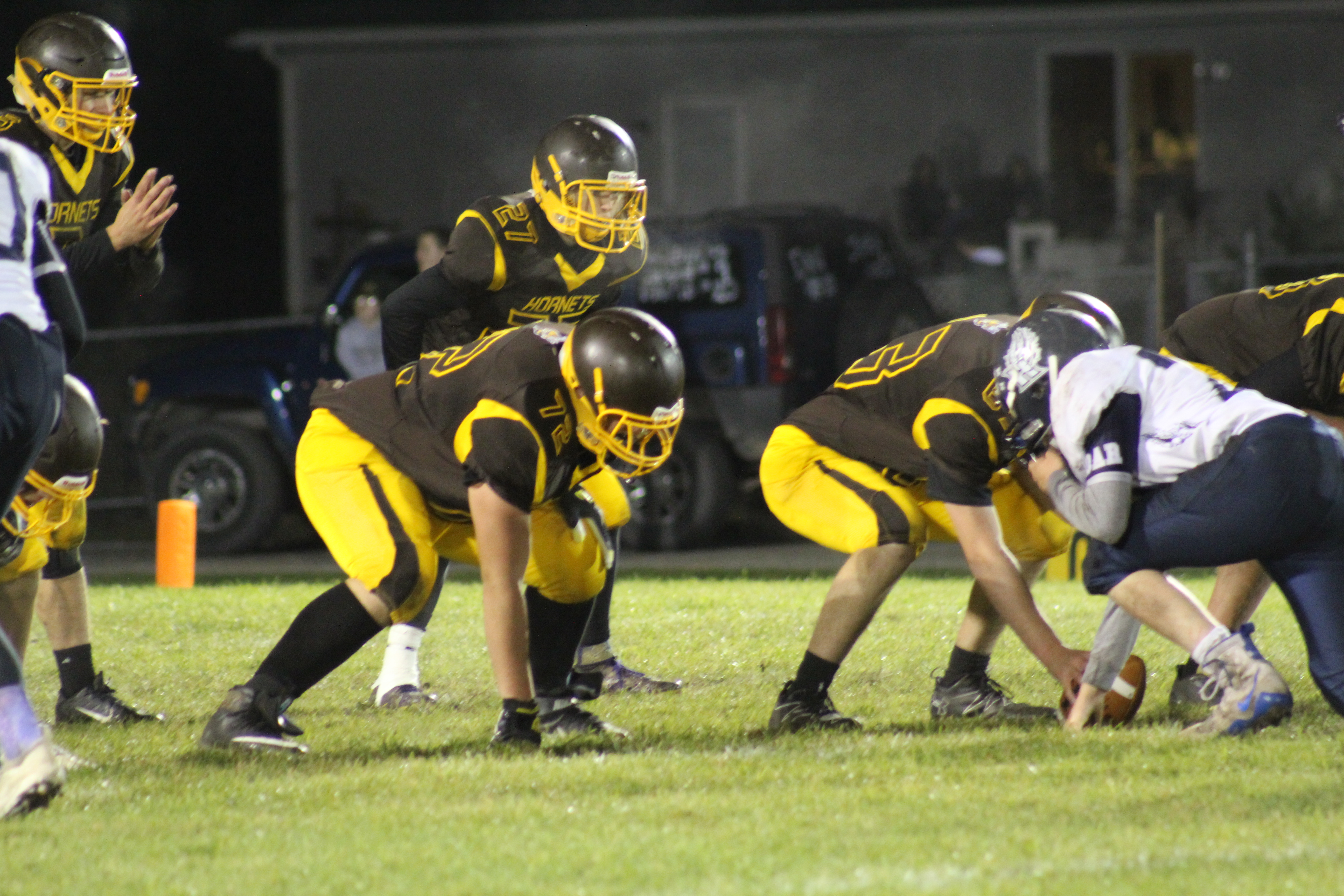 Not even this season’s first frost could slow down the Hornets red hot start to their Homecoming game. On Pellston’s first offensive play, David Jamroz would take the hand off from Glenn Bonter and run it in from 35 yards out giving the Hornets an early 6-0 lead. Still in the first quarter, Bonter would rush in from 21 yards out giving Pellston a 12-0 lead. Early minutes into the second quarter, Bonter would connect with Garrett Cameron on a 7 yard touchdown reception. Hornets were up 18-0. Jamroz would get back into the scoring action when he took a 16 yard pass from Bonter to the house. A successful two point conversion run by Bonter, the Hornets were up 26-0. The next Pellston score would be set up by the Hornet defense when, on fourth down, Hale would punt to Lakota Worthington. Worthington took the ball 80 yards slicing and dicing his way through the Eagle defense until he crossed the goal line. Pellston was up 32-0. The final score in the first half would come from Bonter when he scampered in from 1 yard out. Jamroz ran in the two point conversion giving the Hornets a 40-0 lead at the half. Pellston found the end zone one final time when Jamroz took it in from 65 yards out. Bonter rushed in the two point conversion giving the Hornets a 48-6 win.

Offensively, Glenn Bonter completed 7 passes for 107 yards and two touchdowns. He also rushed for two touchdowns. David Jamroz rushed 20 times for 203 yards and two touchdowns. He also had three receptions for 28 yards and one touchdown. Lakota Worthington would end the evening with 137 all- purpose yards and one touchdown. The Hornet defense was led by seniors Lakota Worthington and Joey Rizzardi. Worthington had 10 solo tackles and four assists. Rizzardi had 12 combined tackles and two fumble recoveries. Ian Reimann, Ethan Landon, Garrett Cameron, and Zander Overholt had 8 combined tackles each. Overholt also had a fumble recovery. Pellston, with their 6-0 record, will be traveling to Hillman this Friday.