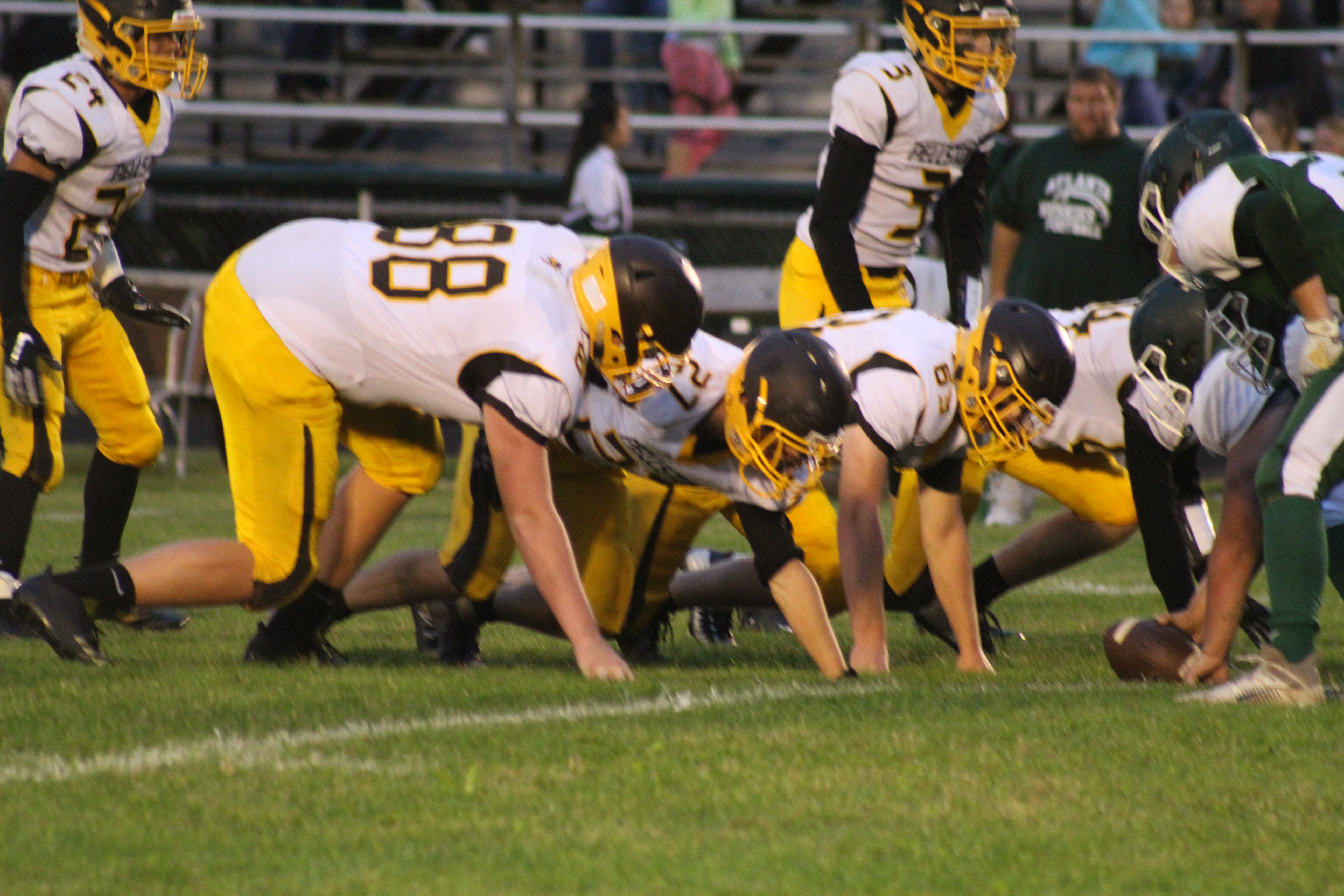 The way the Hornets have been able to score, you’d probably be thinking it was a basketball score instead of a football score. The Hornets, in their last two games, have put up 144 total points. This last Friday, the Hornets traveled to Atlanta, and on their first offensive possession, Lakota Worthington would take it in from 65 yards out for the Hornets first score. After a successful two point conversion catch by Ian Reimann, the score was tied at 8-8. This would be the closest Atlanta would get. David Jamroz ran from 25 yards out, putting the score at 14-8. A little over a minute later, Glenn Bonter would score from 72 yards out. After a three and out by the Huskies, Bonter would cross the pylon from 26 yards putting the score at 26-8. Midway through the second quarter, it would be Bonter again, this time running in from 16 yards leaving the score 32-8. With a minute and some change left in the first half, it would be Worthington slashing his way from 12 yards to get to the end zone. After a two point conversion run by Ethan Landon, the Hornets would go into the half leading 40-8. On Pellston’s first possession to start the second half, David Jamroz punched it in from 30 yards adding to the score now 46-8. From 45 yards out, Jamroz would again cross the goal line with Landon running in the two point conversion. Pellston then had a 54-8 lead. Pellston’s next score would come from a 54 yard run by Garrett Cameron. Landon would run in the two point conversion. The score was then 62-22. Pellston’s final scoring drive came on a 49 yard run by Landon. Final score: Pellston 68, Atlanta 22.

Offensively, the Hornets lead rusher was Glenn Bonter who, on 17 carries, rushed for 189 yards and three touchdowns. David Jamroz rushed for 128 yards on 9 attempts scoring twice. Lakota Worthington had 75 yards on 4 carries with two touchdowns. Garrett Cameron and Ethan Landon each added in a touchdown. On a night of offensive fire power, it wouldn’t have been complete without a stellar performance from the offensive line led by Evan Cameron, Joey Rizzardi, Zander Overholt, and Levi Redding. Defensively, the Hornets were led by Jamroz and Garrett Cameron each with six solo tackles. Cameron also had two quarterback sacks. Ian Reimann had 12 combined tackles and one quarterback sack. Overholt finished the night with 10 combined tackles, two quarterback sacks, and one fumble recovery. The Hornets are now 5-0 and will be hosting Hale this Friday for the Homecoming game at 7:00 PM.