The Pellston Hornets varsity wrestling team made the short trip across the Mackinac Bridge to St Ignace on Wednesday night to take on the Saints to open the MHSAA wrestling postseason tournament. The Hornets would emerge victorious, winning by a score of 42-27 to take home the program’s first team district title.

The meet began at the 152 lb weight class with Sophomore Corbin Overholt pinned Colin Kinsorski with a fall time of 3:44 to put the Hornets up 6-0. 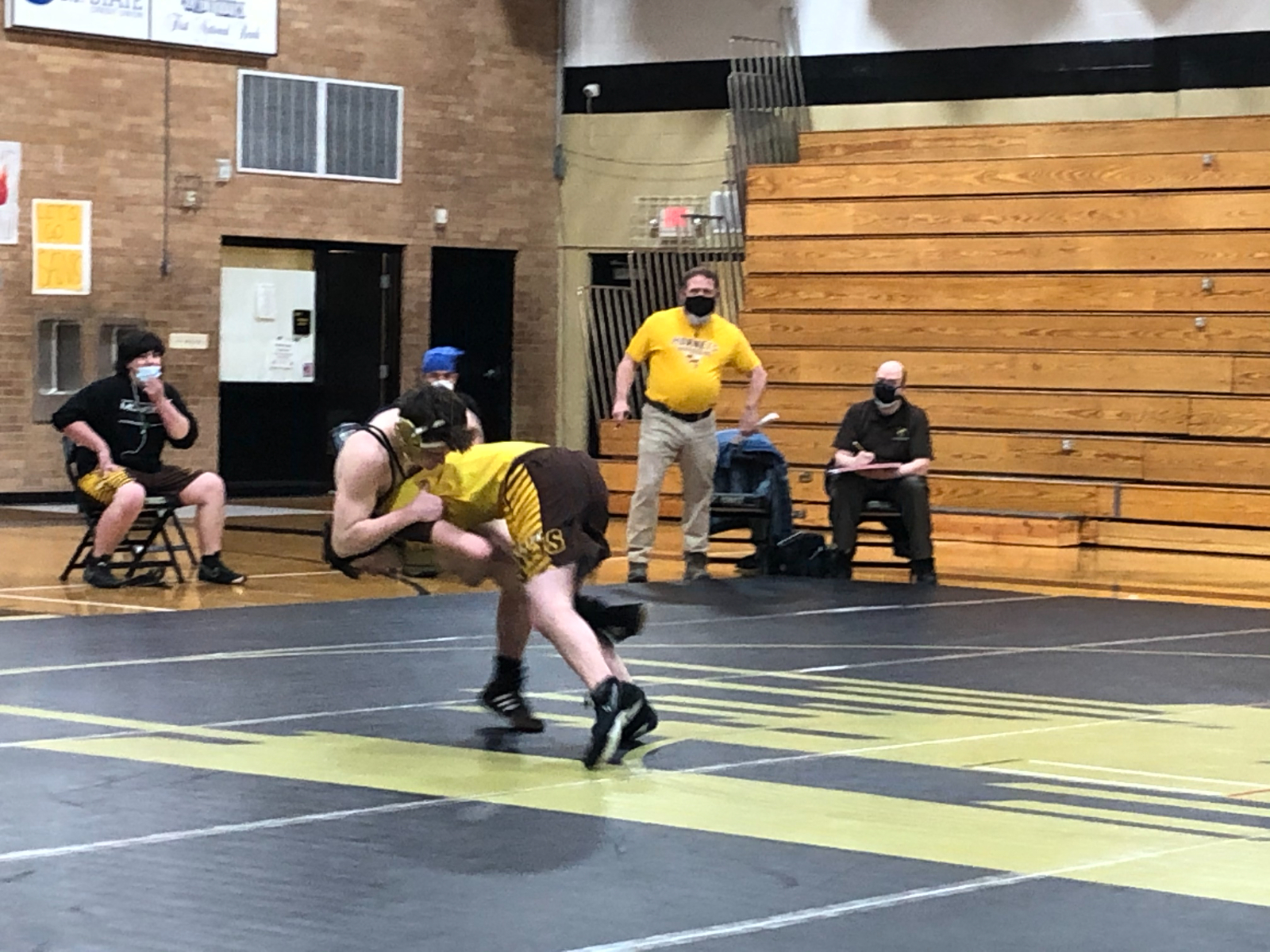 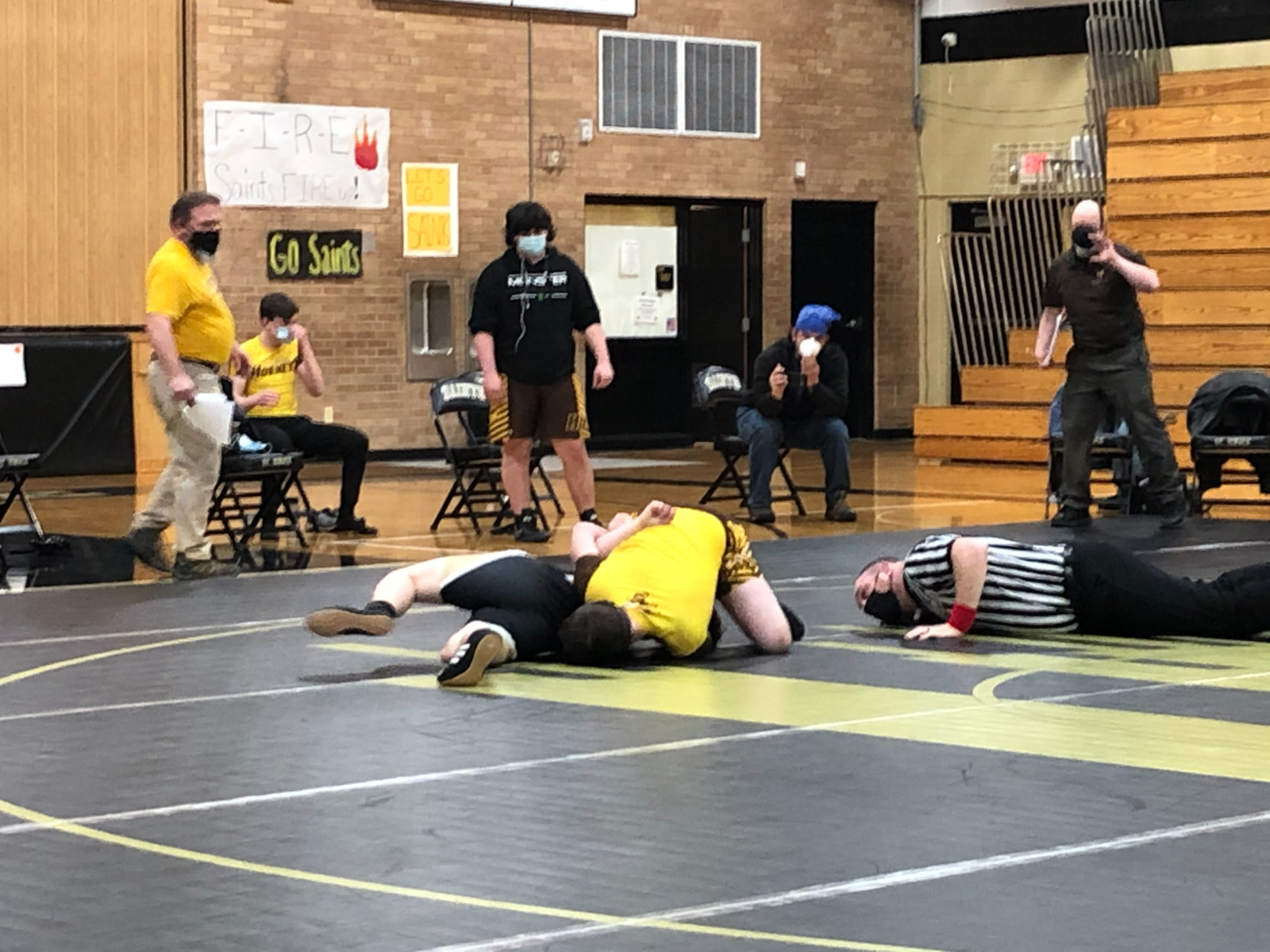 Pellston’s lone senior, Zander Overholt then won via forfeit at 160 lbs making the score 6-0 for the Hornets.

At 171 lbs, in a hard fought match, Sophomore Will Kline lost to St Ignace’s Austin Roughton in a 10-12 decision.  The result put the Saints on the board with the score now 12-3. 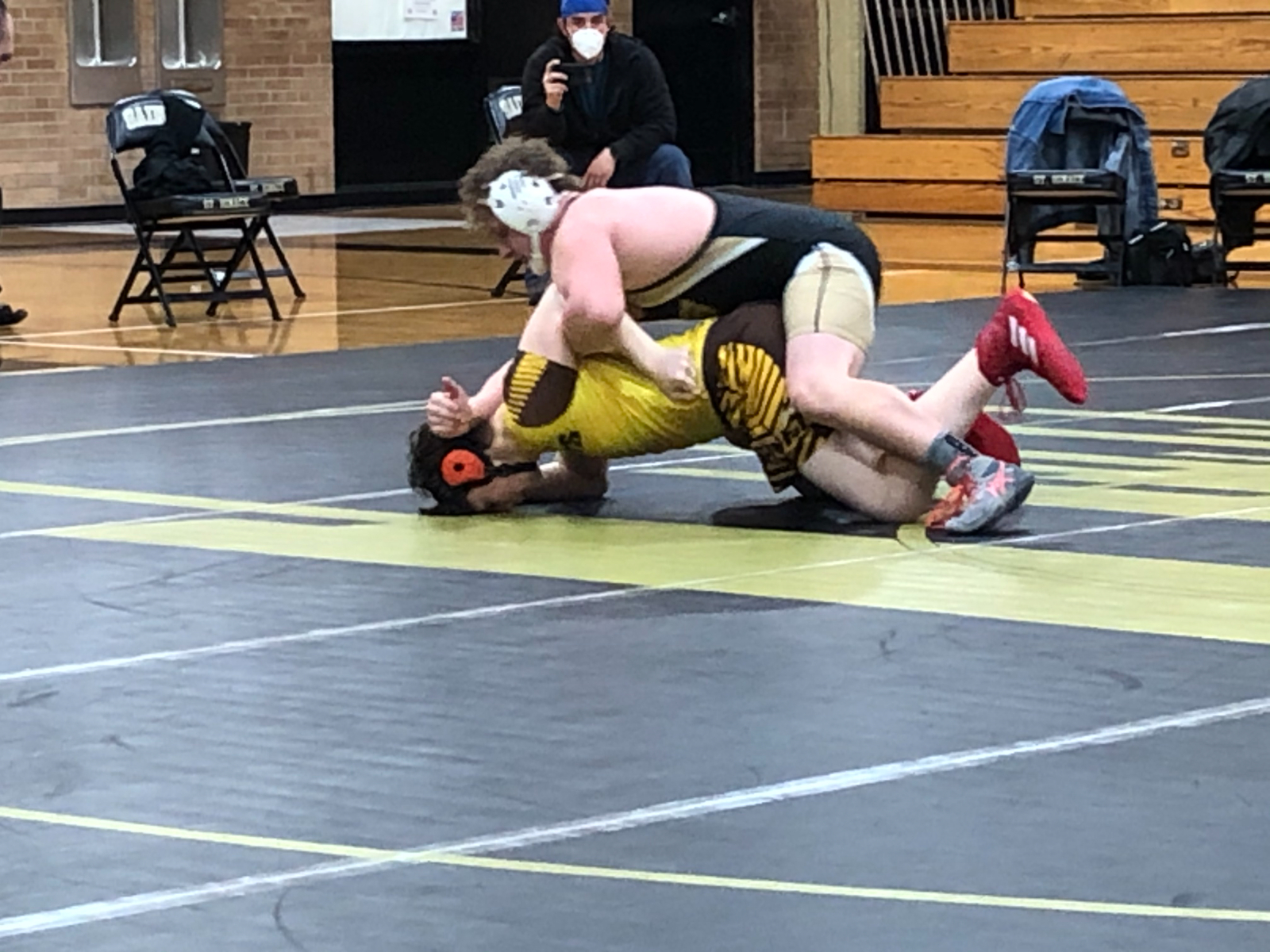 Will Kline lost by 10-12 decision to Austin Roughton

Sophomore Aiden Klungle then claimed a forfeit victory at 285 lbs to make the score 18-15 in favor of the Hornets.

The lead was short lived as Sophomore Waas Craven pinned Matthew Valletta with a fall time of 5:57.  The result put the Hornets back on top 24-21. 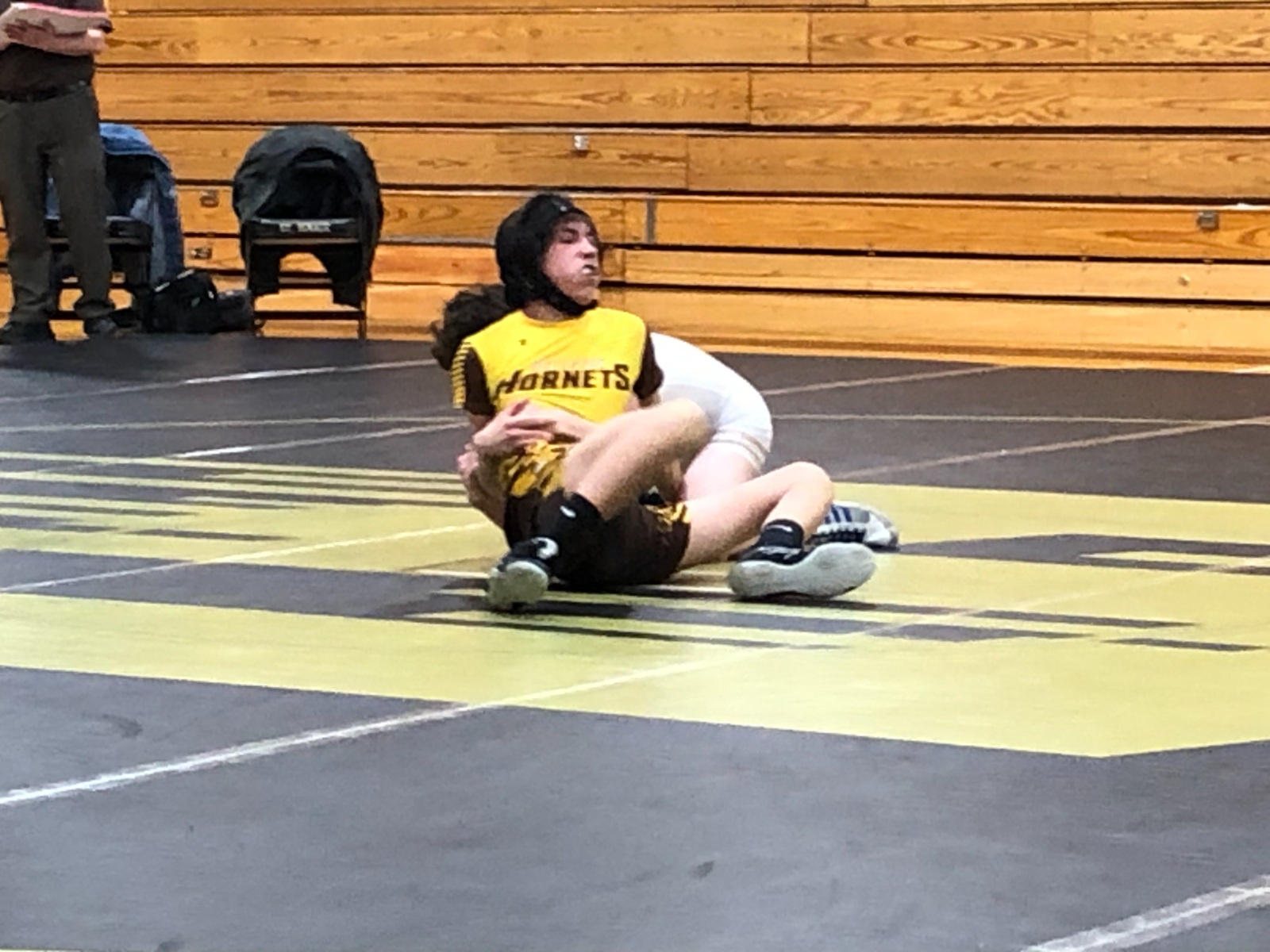 Waasmowin Craven pinned Matthew Valletta in 5:57 to pick up 6 points for the Hornets

Jacoby Litzner won by forfeit at 125 lbs to score the last points of the meet for the Saints.

The score was then 30-27, with a double forfeit at 130 lbs, the next match came at 135 lbs between Freshman Kenny Crawford and Jax Litzner.  Crawford pinned Litzner with a fall time of 1:56 to make the score 36-27 in favor of the Hornets. 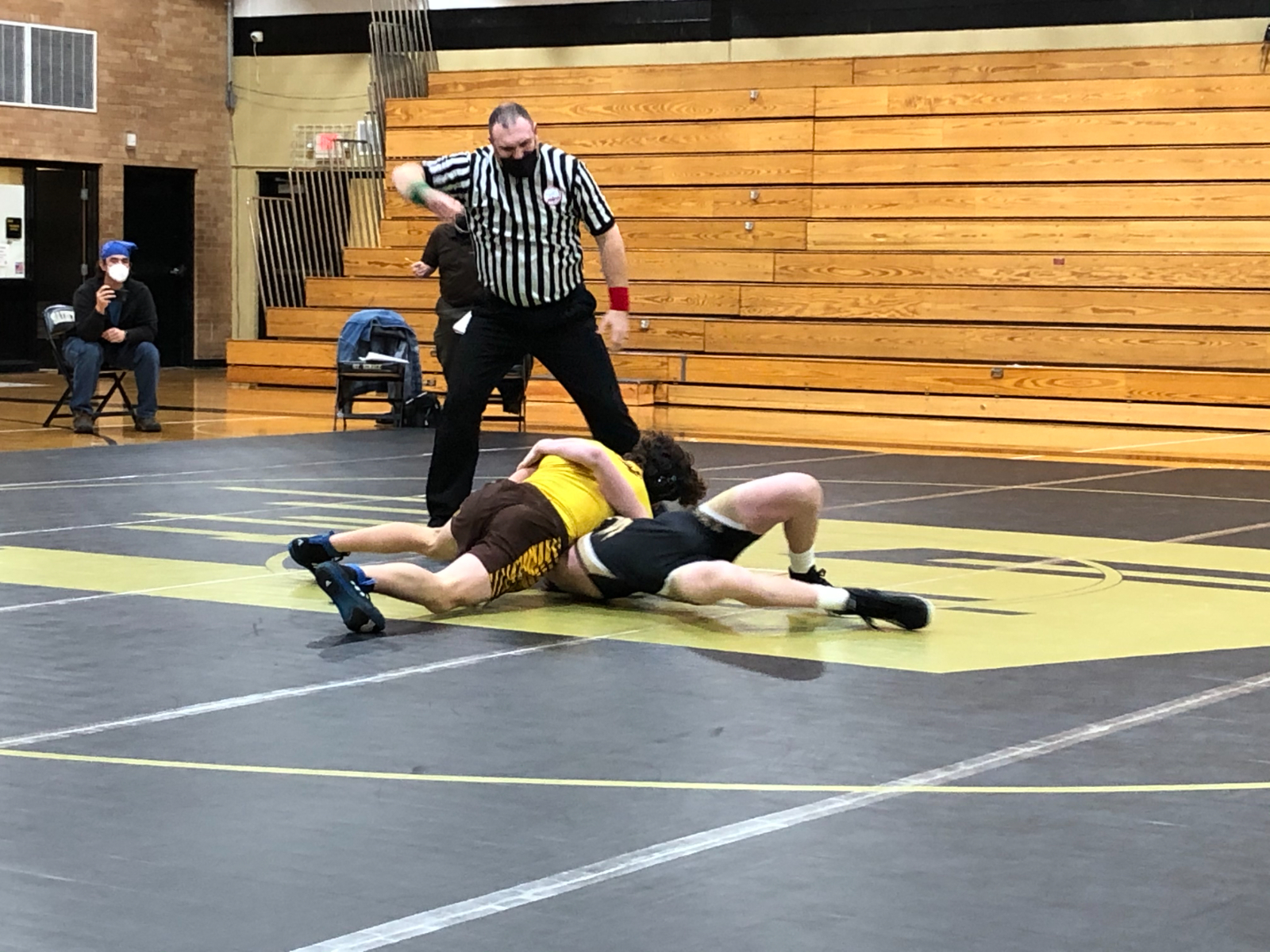 Freshman Hunter Sonnenberg would then win by forfeit at 140 lbs which was followed by a double forfeit at 145 lbs for a Hornets victory with the final score 42-27.

The Hornets celebrated their first Team District Championship as head coach Ken Crawford was presented with the trophy.  Coach Crawford then handed out medals to the individual team members.  The Hornets now advance to next week’s Team Regional Semifinal on Wednesday, March 24th against Rogers City (location will be winner of district 200). Pellston hits the mat again on Saturday for the Division 4 Individual District tournament at Ishpeming Westwood. 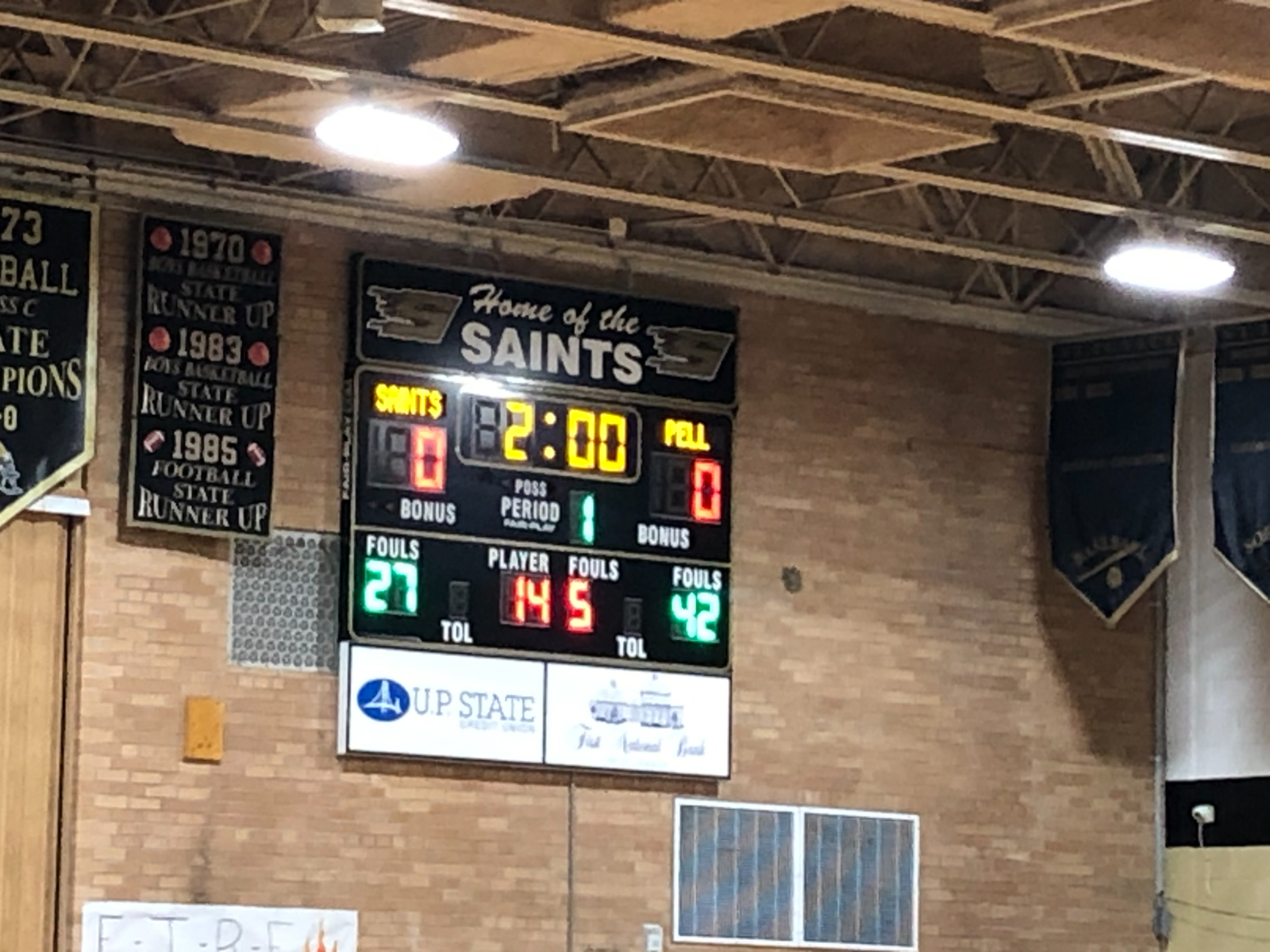 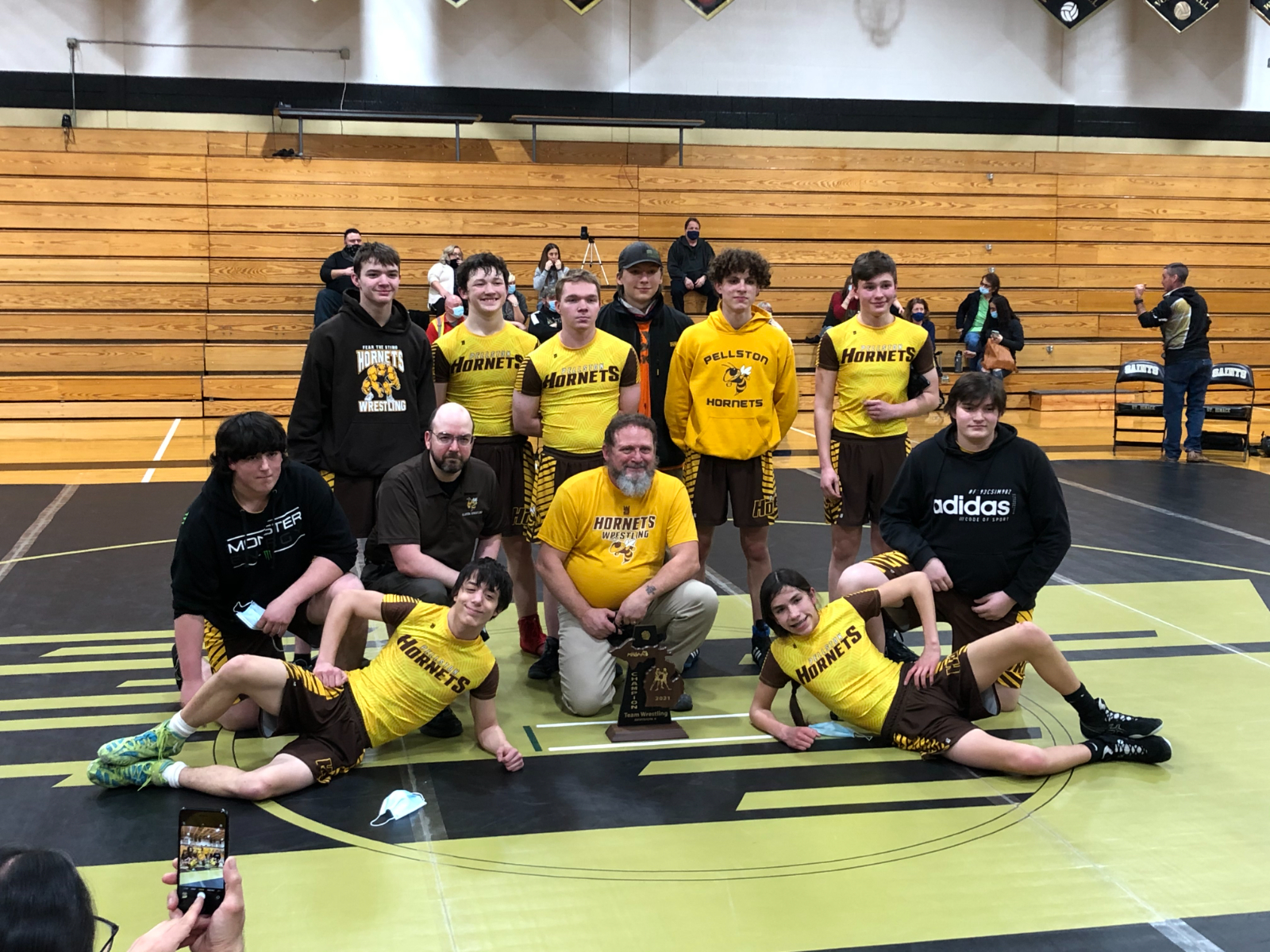